On Youth Day – the second year of the 16 days for youth initiative, we began the morning at the Shiloh Synergy School in Klipheuwel where Tannie Magda and her team came along to assist in making soup, and handing out rusks, oranges, chocolate and sweets to the children in the community.


Faiek Abrahams from the PPA (Progressive Principals Association) in the Western Cape joined Tracey Lange & Aden Thomas – big thank you to the PPA for the generous donation to the school and for their support of out youth month initiative.

The youth of Klipheuwel took to the streets on Youth Day to take a stand against the abuse of women and children. Girls and boys dressed in their school uniforms held up placards saying: “Fighting violence against women and children.” They sang songs and stomped in the streets to make their voices heard in the community. Big thank you to Captain Russouw and his team at SAPS Philadelphia for your assistance and commitment to the community.


Also, a big thank you to all the listeners who swung by to assist. Your support is greatly appreciated.


We then ended the day at Belgravia High School in Athlone, where organization SANZAF fed more than 300 children from orphanages in the area, and the community came out to donate clothing and whatever they could for the children’s homes. 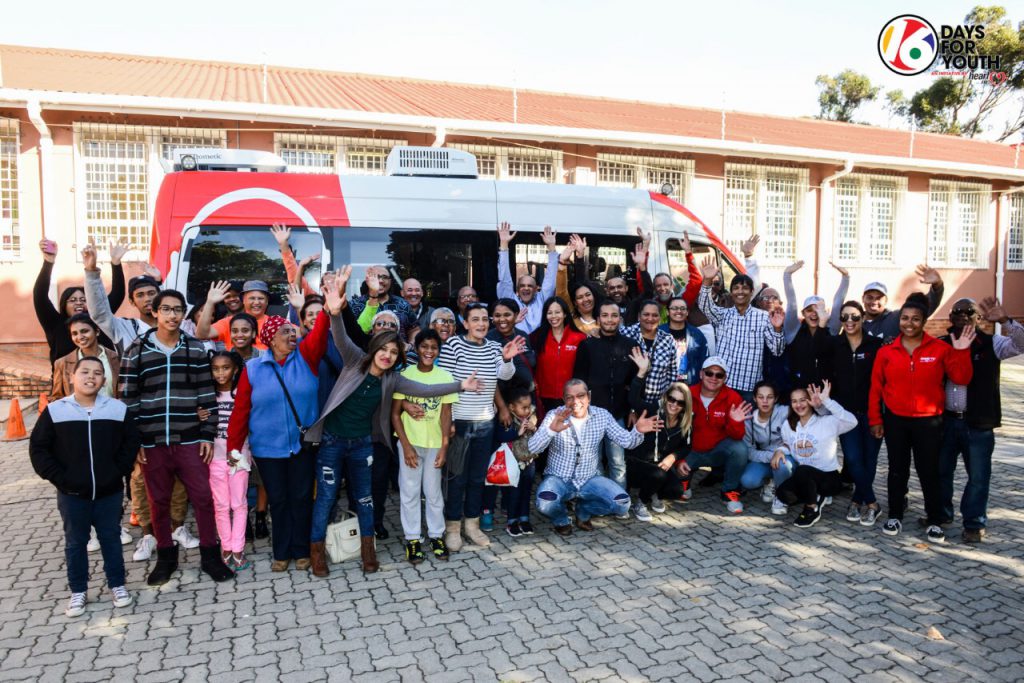 16 Days For Youth, a movement to help the youth of South Africa do and be more.Be a part of the change!
Recent Posts
Connect With Us
Copyright All Rights Reserved © 16 Days For Youth 2020 | Digital experience brought to you by Airborne Experience & Bumblebee Consulting.